In Praise of Slow

Congregations learn well when they slow things down.

Creating a sense of urgency makes sense when striving to get ahead in a capitalistic economy, but it isn’t always helpful for congregational discernment.

Certainly, there are some things that are urgent; emergency hospital calls, fixing a roof that is dangerous. However, learning to do new things in a congregation is typically not achieved when there is too much urgency. Volunteer organizations, like congregations, work well when the organizations’ explorations are not hindered by the anxiety that urgency creates.

Getting perspective
Don’t avoid difficult decisions. Then again, don’t rush them either. Everything in its own time. And sometimes it helps to slow things down so you can get the best perspective.

Here are some books on the CRG that apply to this topic: Sacred Rhythms, The Soul of the Congregation and Becoming a Blessed Church. 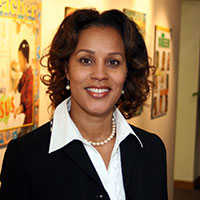