Latino Protestants: The Centrality of Church

Latino Protestants are experiencing remarkable growth, according to Pew Research Center. Pew reports that by 2030, half of all Latinos in America will be Protestant. While some gather in Latino megachurches – especially in the southwest – containing thousands of members, the great majority attend smaller congregations, often characterized by part-time pastors, relational intimacy formed through networks of friends and family, and a high proportion of lay volunteers. Often unseen, these smaller congregations are remarkably significant to the lives of millions of Latinos in America.

Weekly involvement
Latino Protestants also spend a lot of time each week involved in congregational events. The majority of both Latino Pentecostals (70 percent) and evangelicals (63 percent) spend at least three hours a week in church activities, compared to mainline (36 percent) and Catholic (32 percent). About one-third of Latino Pentecostals indicated that they spent more than seven hours per week engaged in church-related activities, states Norman Eli Ruano in his dissertation “The Holy Ghost Beyond the Church Walls: Latino Pentecostalism(s), Congregations, and Civic Engagement.” That means that in addition to attending weekly worship services, they spend more time than Latino Catholics participating in afternoon meals, midweek studies, lay leadership meetings, cleanup and repairs around the building, practicing music, volunteering with youth, and much more.

Of weekly activities, Pew Research reports that group prayer or Bible study are especially important: 48 percent of Latino Protestants attend a group at least weekly. In contrast, only 17 percent of Latino Catholics indicated the same level of regularity. In other words, Latino Protestants have more than twice the rate of involvement in congregational activities – a powerful energizer for generating religious commitment and a significant resource for use by pastoral leadership.

What makes churches so central to the spiritual lives of Latino Protestants?
In his book Latinos in the United States, David T. Abalos’ suggests cultural connections make for strong bonds among Latino Protestants. At least in some cases, Latino Protestantism gains adherents by offering an ethno-religious haven. For example, many of the pastors of their churches are Latino, speak Spanish, share similar hardships, and bring a more egalitarian attitude to governance. In contrast, Latinos Catholics are less likely to have a priest with a Latino heritage. Moreover, being regular community with other Latino Protestants offers comfort and comradery. In this interpretation, Latino Protestantism congregational life offers an ethnic familiarity and consolation in their Latinidad largely absent in many Catholic churches.

In contrast, Latino Protestants may not feel as welcome in non-Latino churches, which leads them to more readily accept invitations from friends and family into Latino-centric churches. This is especially likely in a political climate where Latinos are seen as illegal and unwanted foreigners, despite the majority of Latino Protestants being legal citizens and born in America.

Immersion in the church
According to our interviews for the book Latino Protestants in America, for many their immersion in Protestant churches is due to practices that differentiate these churches from Catholicism: specifically, more emotionally-immersive worship, greater encouragement of lay leadership, and multiple opportunities for women’s and youth’s direct involvement.

Yet another important reason for high levels of church participation may be a consequence of their conversion to Protestantism—sociologically, converts have higher rates of congregational activities when compared to lifelong Protestant Latinos.

Finally, while all congregations depend on members volunteering their time as a resource, churches that are financially strained often create multiple, meaningful opportunities to sustain the ministry. Volunteer service directly saves money on hiring staff or outsourcing services. Moreover, service commitments, attendance at activities, and religious intensity all reinforce each other.

In the end, Latino Protestant congregations capture and channel the religiosity of Latino Protestants, an intensity that is a defining cultural ethos of their churches. Given continuing evidence of their sustained growth, the forces contributing to the centrality of church among Latino Protestants is likely to remain for some time.

Author’s note: Latino Protestants are mainline, evangelical, and Pentecostal. It has been crucial to our work that leaders do not define them as mostly or even dominantly Pentecostal, and folding Pentecostal and Evangelical together create its own analytical problems. In writing about existing research, there is a difficulty in maintaining these distinctions because the best available work sometimes ONLY discusses evangelicals. Our work seeks to correct this, even when we use that research to provide the best overview of current dynamics as possible. We want to emphasize that in contrasting Protestants from Catholics, we are drawing attention to the many Christian orientations that exist within Protestantism and in the case of our research, in the Latino community. 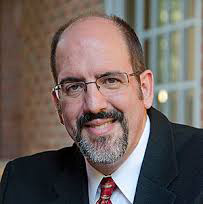 Gerardo Martí is professor and department chair of sociology at Davidson College in North Carolina. The focus of Martí’s research and teaching is race-ethnicity, religion, identity, and social change. He has authored many books, including his most recent Latino Protestants in America.